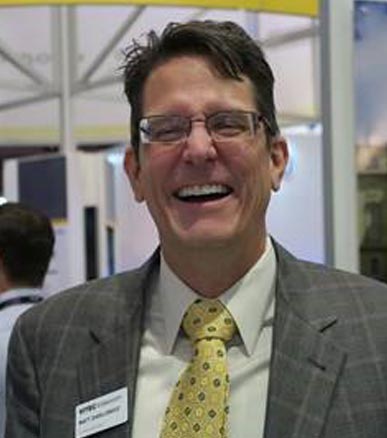 Matt Danilowicz has been improving the work flows and financial operating models of television stations for more than twenty years. He is a Seasoned CEO with a well-recognized history of start-ups, turnarounds, and consolidations that have shaped the landscape of media production technology and is well connected with many of the leading broadcast group and network executives in the United States and Europe.

Currently Mr. Danilowicz is the CEO of International City Mortgage, Inc. where he works to optimize company operations, improve regulatory compliance, strengthen retention and company culture, and enhance the professionalism of the executive team while managing a $1.1 billion loan portfolio, 18 branches in 10 States and 200 full-time personnel.

Mr. Danilowicz, served in a number of senior roles at The Vitec Group plc, where he led the $320 million broadcast business unit with 1000 employees working in factories and offices around the globe. At the Vitec Group Mr. Damnilowicz headed up the world’s leading manufacturer of camera peripherals for television and film production and wireless video transmission, including market-leading brands such as Vinten, Sachtler, and OConnor camera supports, Auto script tele prompting, Lite panels LED studio lighting, Anton-Bauer mobile power, Teradek wifi and bonded cellular video streaming and monitoring, and Bexel, the world’s most respected supplier of television services for major television events, such as the Olympics, Super-Bowl, NBA playoffs, Academy Awards, and Presidential debates.

Mr. Danilowicz was recognized by “Broadcasting & Cable” magazine as television’s “News Technology Guru” in 2001, he has led such key technological innovations as news automation, non-linear editing, video servers, playback and graphics centralization. He holds a patent for the first computer disk-based video server to play commercials to air, developed during his tenure as General Manager for a start-up company in the Dynatech broadcast portfolio. He is also a former economist for the US Department of Labor’s Consumer Price Index Division. Mr. Danilowicz is a graduate of William and Mary with a BA degree in economics and English and holds a Master’s degree in Communications Management – Annenberg School of Communications from the University of Southern California.v